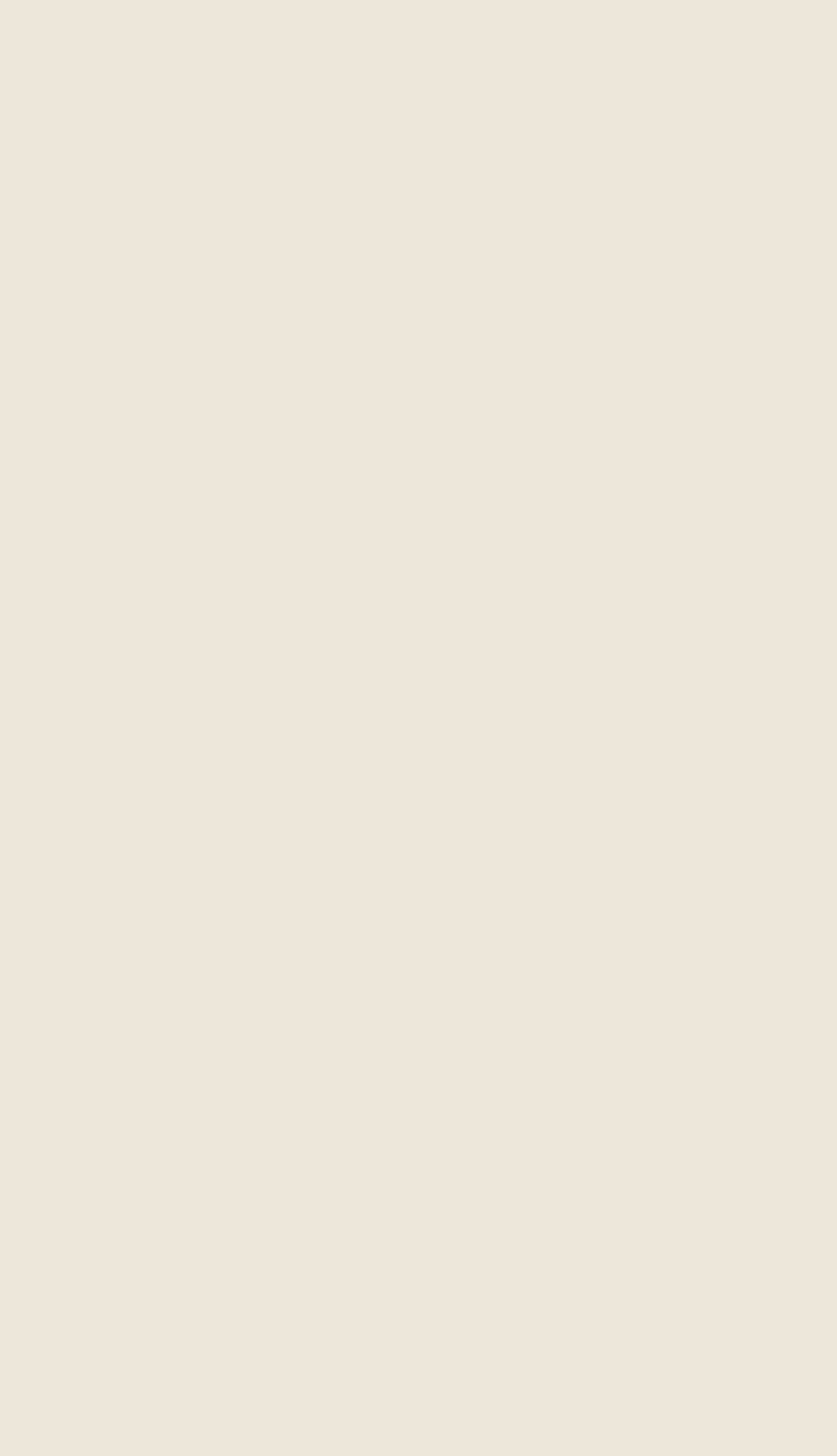 On arrival the machine didn’t work.  On power-on it just showed several digits over each other per digit position.

To assure a proper power supply I started with replacement of all capacitors. Next in an in-circuit check of all diodes and transistors there appeared to be four defective diodes and one defective transistor. After replacement there was an improvement in the clear action after power-on.

It seems a bit odd to me that there are five defective components, while I would expect that a single defect  would be enough to put the calculator aside.

After replacement of the defective components sometimes, but not always, a clear resulted in all-zero’s as expected.  Trying to operate it, however, it often got stuck with fives like:  x xxxx xxxx xxxx 5555

In the next phase technical documentation of the Canon 161 was helpful. There seems a lot of resemblance with the 130s.

Therefor I replaced all 2SA538 (germanium-PNP) transistors forming flip-flops by 2N3906 (silicium-PNP).  Now a Clear often resulted in all zero’s.  However, it didn’t calculate yet and still the display often showed x xxxx xxxx xxxx 5555.

There was some reason to doubt proper functioning of board 1.  Therefor also on that board I replaced most of the flip-flop transistors.

Since then it appeared to be possible to do some calculations.

For now I will leave it as is.  In the future I’ll try to figure out how the current behaviour can be explained from the way the 161 works. Hopefully that will lead me to components which could cause the current misbehaviour.

Note:  None of the flip-flop transistors that I replaced was defective.  The hFE, however ranged from 70 to 150. I’m not sure, but wouldn’t be surprised that this causes some flip-flops to switch less reliably.

Below photo’s of the 13 PCB’s.  They are numbered 1 to 13, where 1 is the right-most board (least significant digit position).

On clicking a picture a full-size view opens in a new tab. 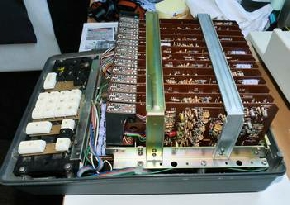 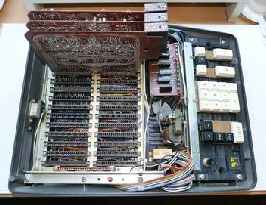 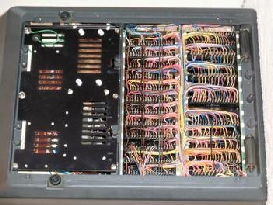 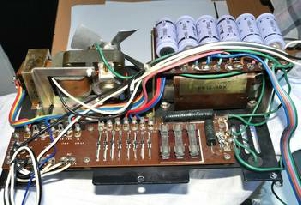 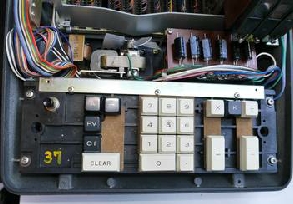 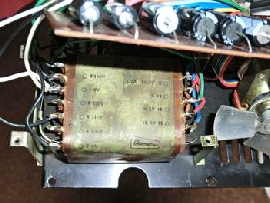 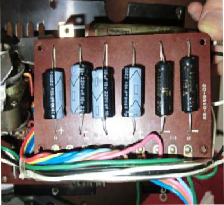 Original elco’s in the power supply

New elco’s in the power supply