When I received this Friden 1217 it was operational for a short while, but soon started to block during calculations.  After quite an extensive search I discovered a loose slotted screw inside the the machine at a point which couldn’t  possibly be reached with a screw driver.

However, using a small screwdriver as a chisel, sticking it in the slot I managed to fasten the screw. (See photo A).  Beforehand I cleaned the screw and its surroundings and put some glue on it. Until today it holds.

The cover of the machine can be very easily removed by loosing two screw a single turn and then loosen two clips which hold the cover.

Ink ribbons are not widely available.  I found a Dutch supplier who delivers worldwide and has a very wide collection of ribbons and other calculator and typewriter related supplies.  See Links.

Many, perhaps most machines suffer from leaking or removed capacitors.  In this machine they were partly removed. From what was left I wasn’t sure how the circuit originally was build.  I rebuild it in order to obtain a proper spark suppression, but guess that originally less components were used. 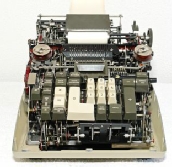 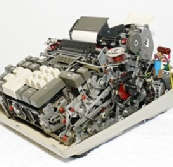 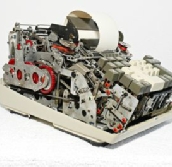 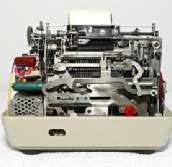 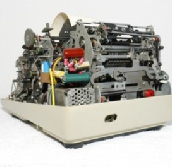 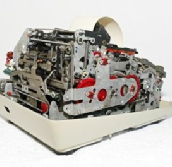 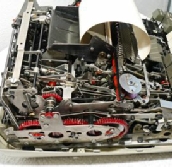 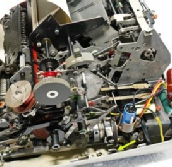