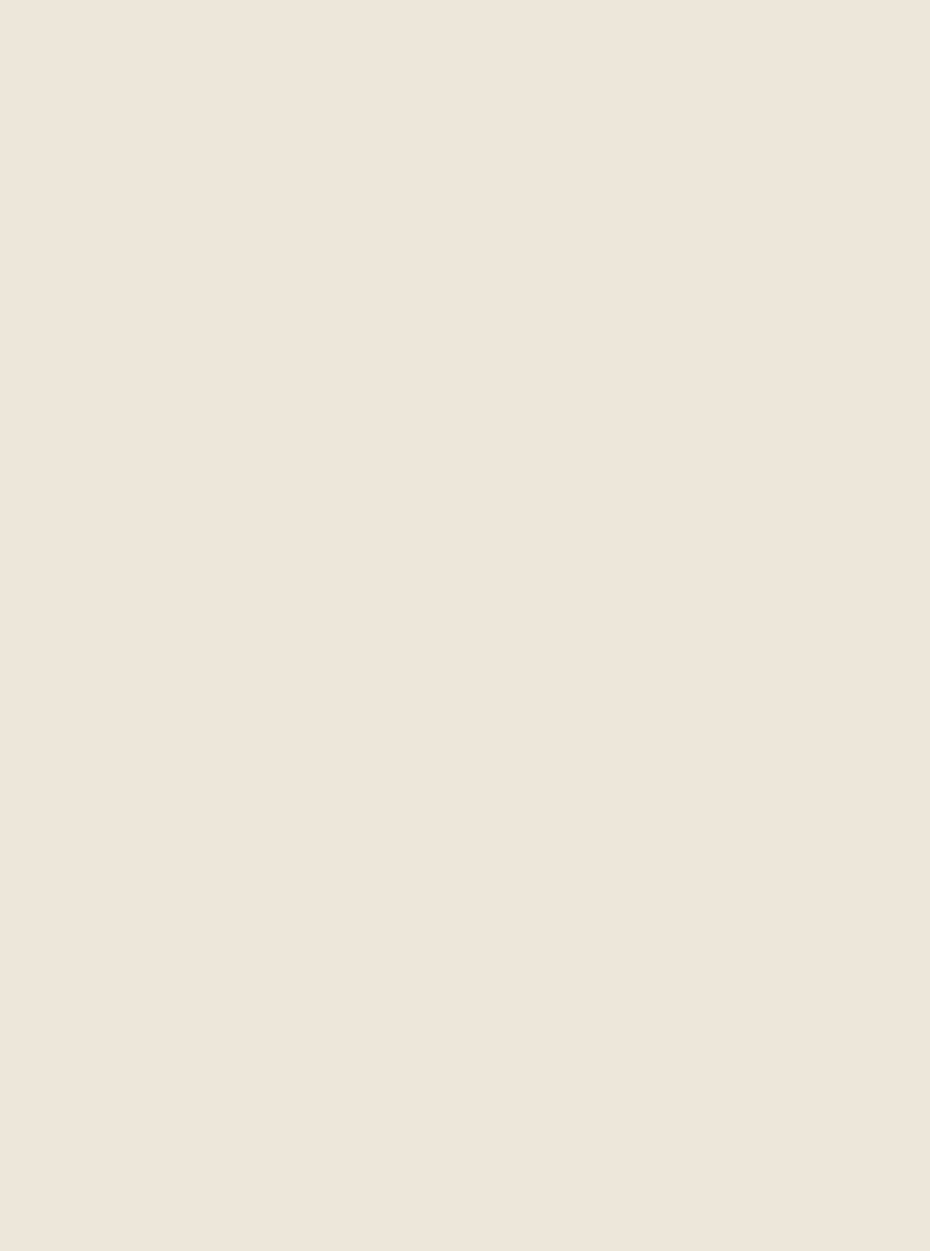 The Brother AX-430 is an electronic, software controlled typewriter.   On its website Brother states that it introduced its first electronic typewriter in 1985.  My typewriter is a very late one.  A separate note in the box mentions that it contains the €-sign which was officially introduced in 2002.

It was offered on Marktplaats, an Ebay alike Dutch website mainly for 2nd-hand stuff.  However, it was new-in-the-box; never unpacked. Sitting on a shelf, waiting for a customer to buy it, it probably marked the end of  the typewriter era. Unlike calculators typewriters did not survive the developments in the electronic industry.  Personal computers and printers took over.   I couldn’t resist making a bid on this typewriter and actually bought it for  €30,-

The AX-430 is loaded with functionality.  It can be used as a direct-printing machine with the ability to correct text using standard mounted correction tape. The correction tape on my machine does not overstrike characters, but in stead lifts printed characters off the paper.  To allow for this correction method a carbon type ribbon is used. Characters can be corrected until a <CR>;  until than the software in the machine knows which character is on each position in the line.

It is also possible to type and edit in memory using the one-line 16 char LCD display.  It can be done in a mode where each line is printed at a <CR> or in a mode in which a file is build which can be  retrieved, edited and printed. When disconnected from the mains, the data is kept for about one week.

Being loaded with functionality it must have been difficult for the authors of the manual to describe the functionality in such a way that non-technical typists could use the device.  They only partly succeeded!

One easily gets lost in the detailed descriptions in the manual.  Small inconsistencies within the manual as well as between manual and texts on the typewriter add to the steep learning curve. 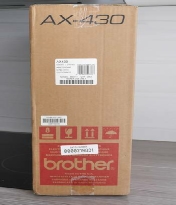 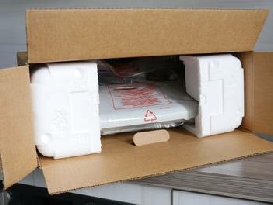 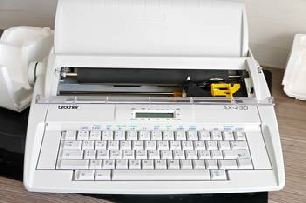 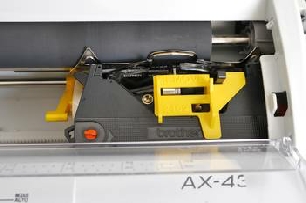 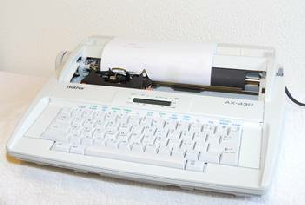 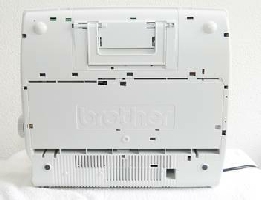 2003  (According to the Brother serial number policy available on  typewriterdatabase.com)