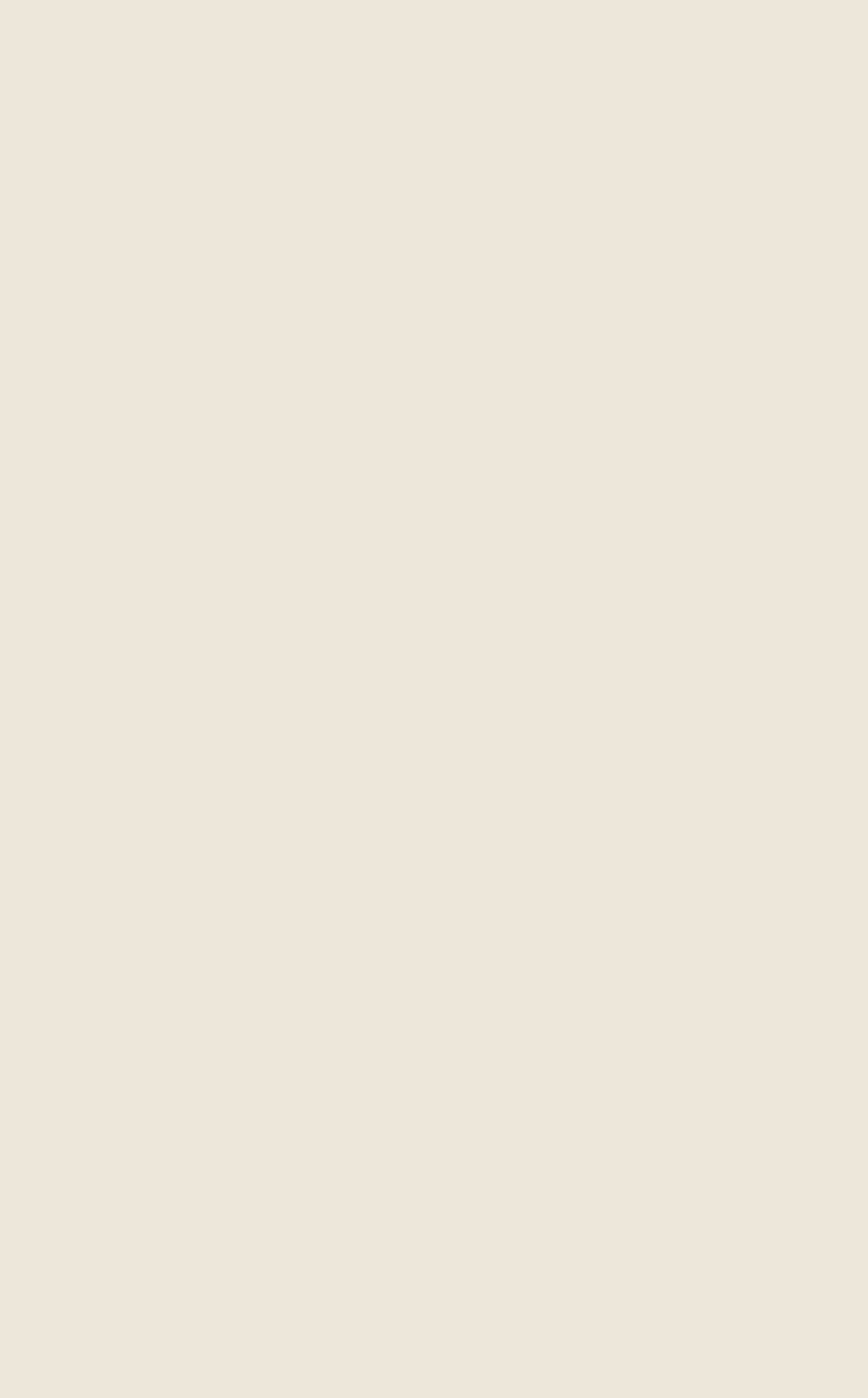 While competitors use the amount of displacement determined by an input module,  this machine uses speed to transfer key-input to the accumulator.To do so keys in each column are connected to a kind of gearbox with 9 speeds.  If a “1” is pushed, the lowest gear is activated, if a “2” is pushed, the second gear is activated and so on.  When a calculation operation is activated (e.g. “+”) the machine makes a rotation to transfer the selected digits from all columns into the accumulator.

Furthermore, while dividing there is a smart detection system to predict whether a next subtraction will end with a negative result.  In that case the next division does not take place.  Instead the carriage is moved to the next position. Doing so saves an unnecessary subtraction as well as a the related corrective addition.  The silent speed mechanism + the prediction mechanism are the reasons why in particular  a division is executed much faster than on competitive machines.

The EFA is a top model. Except for the SKA this 10-digit  EFA models belong to the most expensive Marchants in 1958.
There are different versions. E.g. one with back transfer.

Enter the first number in the main input field.  Enter the second number in the rightmost column.  Multiplication is immediately executed per entered digit. The order of input (high to low or low to high digit) of the multiplier can be chosen with the top-right sliding switch.

Depending on the position of the switch between the “+” and “X” key determines whether the remainder stays in the accumulator or wether it is reset to 0.

Pushing the “line-up” key together with the “:” key results in carriage return to its starting position after performing a division.  That way it is immediately ready for the next division. 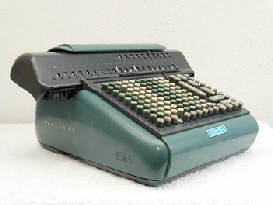 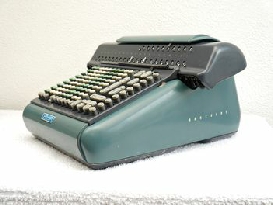 1300 additions or subtractions per min.