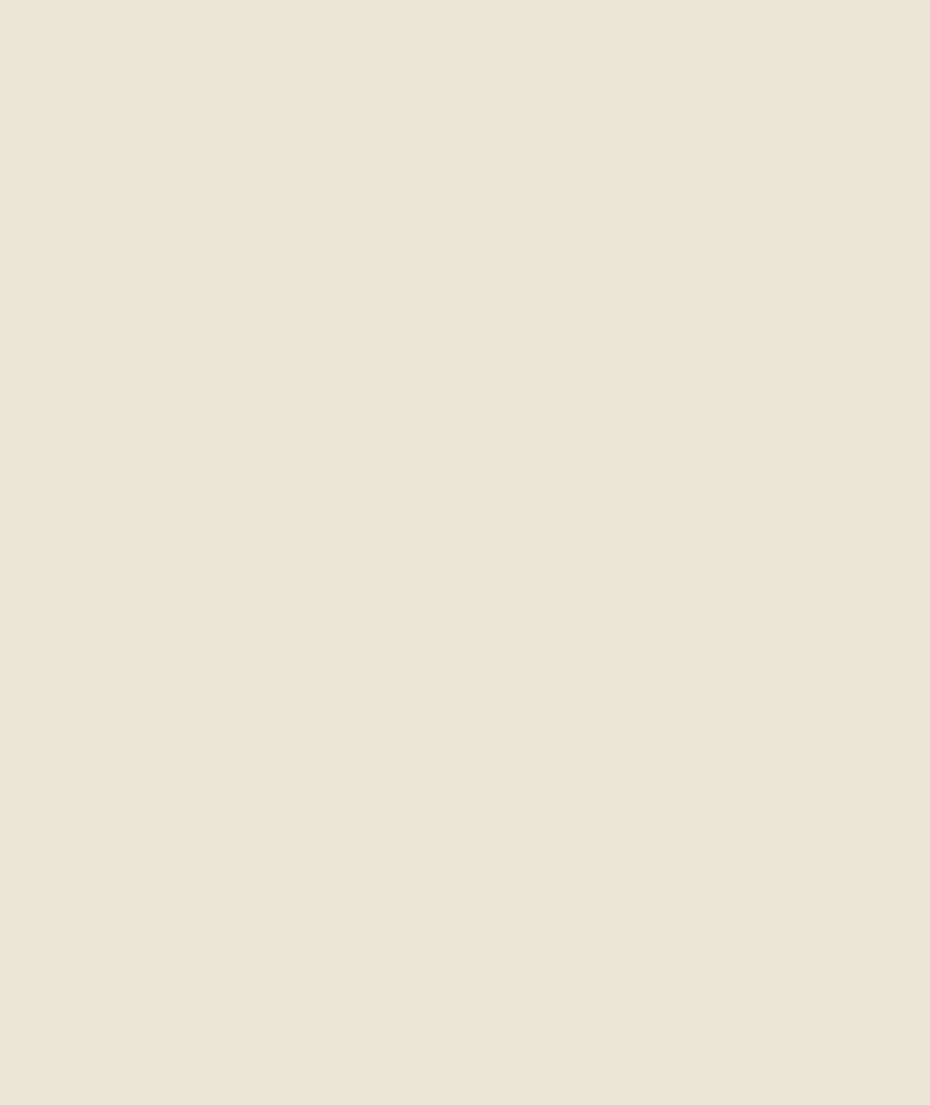 The 11 E is a simple electrical machine.  Usually motor speed is controlled via a  centrifugal switch on the motor shaft. In this machine a centrifugal brake is used.

Also different from most electrically driven machines is that for subtraction the motor is electrically reversed in stead of with a gear system.

Some sources state that it was produced until 1955, but in Büromaschinen Lexikon it is mentioned until 1961/1962.

Put the mode selector  in the “X” position.  Enter the 1st  number.   Then push the “+” button as many times as the  unit-digit of the second number.  Next shift the carriage one position to the left and repeat the previous action for the second digit, etc, etc.

Next put the mode selector  in the “:” position.  Place the 2nd number under the 1st, then push the ”-” button.  Wait for the machine to finish, then push the “-” button again.  Repeat this untill you have reached the desired accuracy. 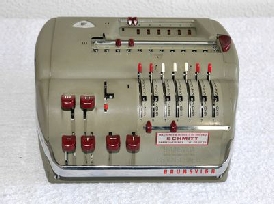 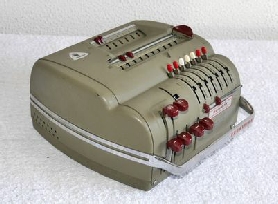 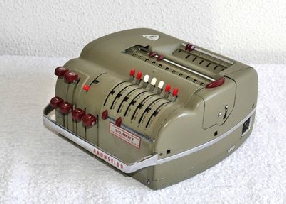 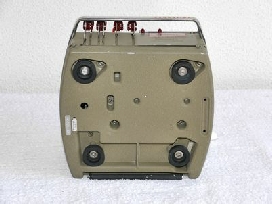 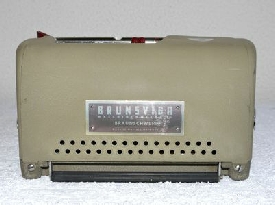